A great achievement in aid of The Army Benevolent Fund (ABF)

As an ex-serviceman and having two sons currently serving in the armed forces the ABF (Army Benevolent Fund) has a personal resonance with our Commercial Director, Terry Bennett as the charity raises money for soldiers both past and present.

Terry and his son Philip recently entered The Major Amphibious Assault event. The full route was an 8k cross-country assault course winding through woodland, criss-crossing steams, twice through a lake and numerous extremely muddy zones (some of it liquid) where contestant had no choice but to crawl on all fours beneath barbwire and cargo netting.  Apparently Terry’s favourite part of the course was the log run (see photo)!

The day was a great day out, loads of fun with much comradery and a great sense of achievement for all the contestants. 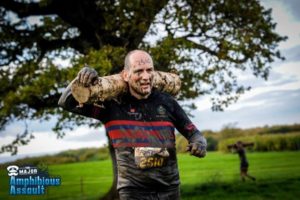 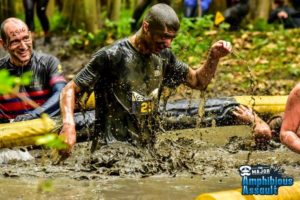 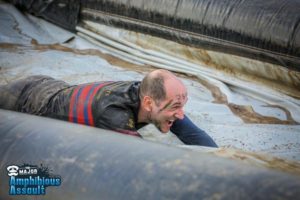 Well done Terry and Philip – good luck with the next one!!!!